Over the years I’ve had the opportunity to work with industry-leading web design and development software for both large and small organizations. While some tools, such as the Adobe Creative Suite, will remain the obvious choice for design, there are many other time-saving resources that are not quite as apparent.

Below is a list of some of my favorites, which I’m sure will add some efficiency to your daily workflow: 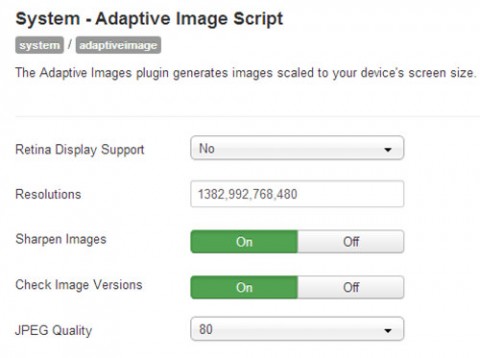 Free your Joomla website from using desktop-sized images for smartphones and tablets!

The Adaptive Images plugin for Joomla generates images scaled to your device's screen size. This is particularly useful for mobile devices and tablets, where rendering full-sized images is a waste of bandwidth that also delays page load times. To use the plugin, simply install and enable it - that's it! There's a few more optional settings that you may play with, such as image sharpening, image resolutions, image quality, and retina display support. 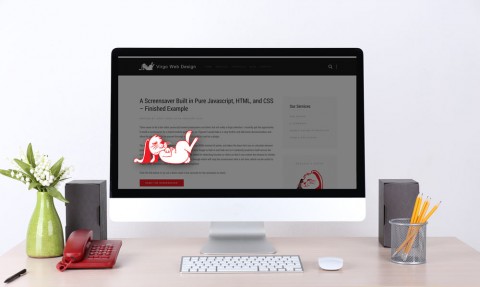 There seem to be a few other javascript based screensavers out there, but not really a huge selection. I recently got the opportunity to build a screensaver for a hybrid mobile application, so I figured I would take it a step further and add some documentation and allow for parameters to be passed through so that it could be used as a plugin.

The screensaver is built for responsive scaling, so it uses REMs instead of pixels, and takes the base font size to calculate element positioning. I also added CSS transitions to allow for your image to fade in and fade out as it randomly positions itself across the screen on a 6 second timer. Event listeners are also added for detecting touches or clicks so that it can restart the timeout to initiate the screensaver again. I added a parameter to pass through which will stop the screensaver after a set time, which can be useful to trigger other functions after the screensaver is completed.

Hikashop is a pretty decent e-commerce store, with plenty of great capabilities. Unfortunately, it does have some quirky behavior (*ahem* such as its checkout process) that can get a little frustrating. Furthermore, there are some lacking features that may not be entirely necessary, but said features would be a really valuable asset to any e-commerce website. Especially considering how hard it is to convert shoppers into customers, you definitely want to be ahead of the game to boost your sales.

×
Signup for our newsletter!